Do you have an urgent order for us?

You are on the following page:

Each and every guest who passes through the doors of the Schwarze Kameel at Bognergassse 5 enters a small but precious world of culinary delights, reflecting all that is truly Viennese. For centuries a history of seductive fine flavours has been written here. In 1618 Johan Baptist Cameel acquired the building, which was already rich in tradition at the time and set up a store with exotic goods and spices. Cheerfully he named it: „Zum schwarzen Kameel“ - thus "The black Camel".

Two centuries later the establishment was taken over by Joseph Stiebitz, the founding father of the family whose name became the second and no less familiar by-word for this paradise of noble wines and fragrant spices. Many generations of expert hosts and discerning guests have contributed to creating the unique ambience, both easy-going and dignified of this culinary institution in Bognergasse. 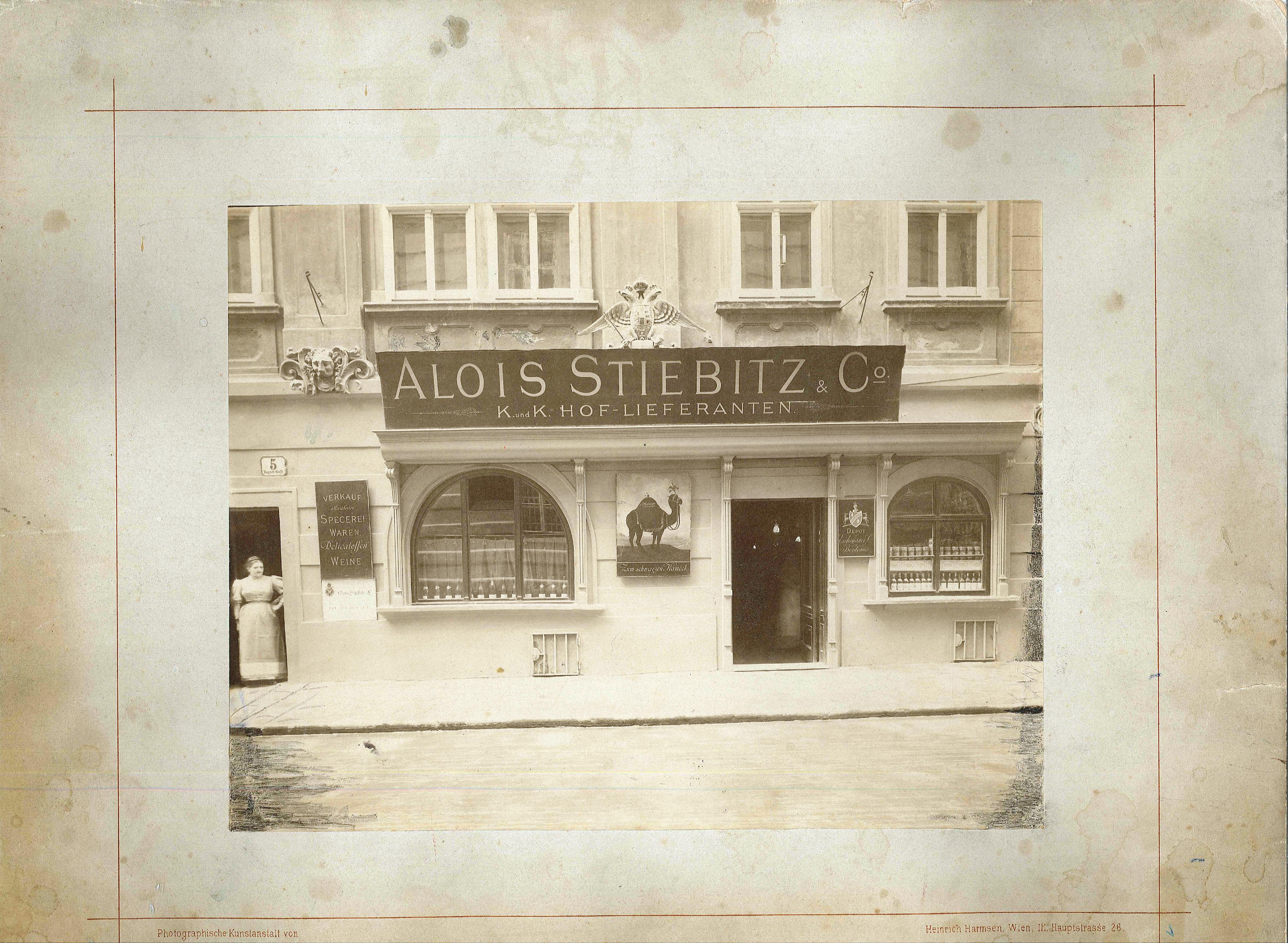 the display at the time of the Stiebitz family 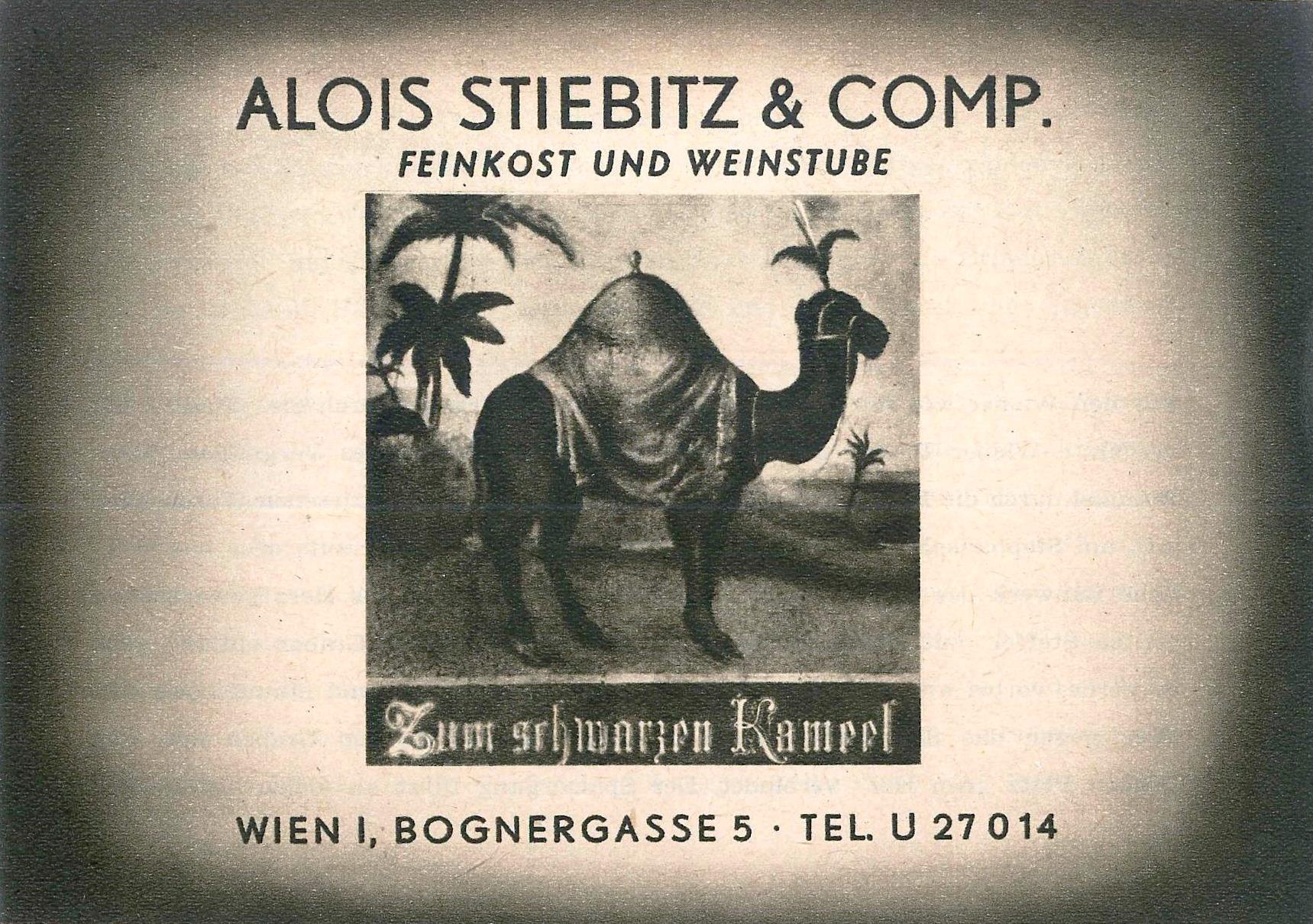 travel back in time 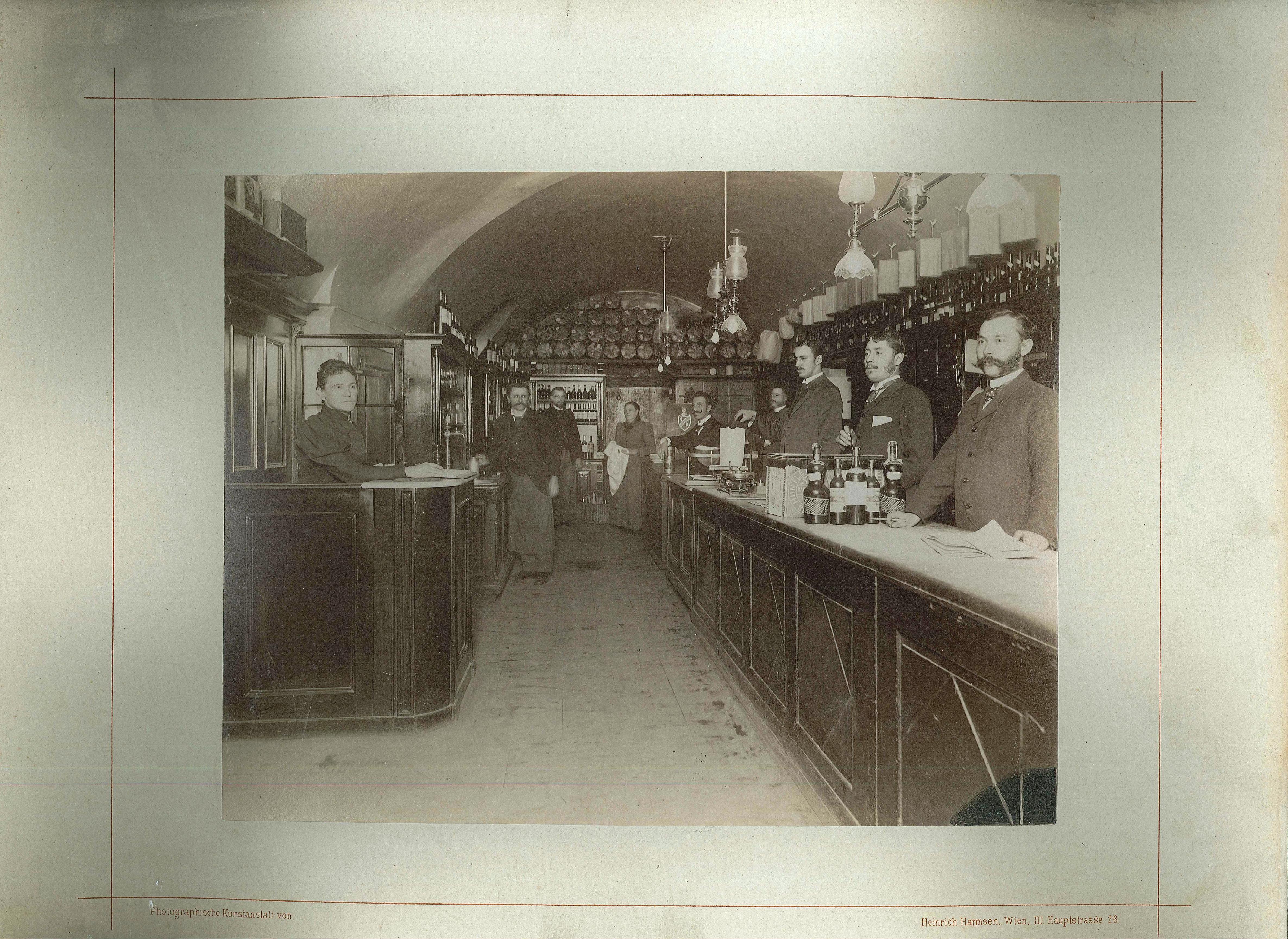 The history that has been written here can be savoured with all one’s senses. The delicious fragrances wafting through the centuries even include the delicate scent of exotic blossoms: Father Camelius, who brought the camellia to Europe from the Philippines and in whose honour it was named, was a relative of the founder of the Schwarze Kameel. But the main emphasis has, of course, always been on sensory delights of a more nourishing nature.

In the early 19th century a wine tavern was opened as a most welcome addition to the delicatessen. The Schwarze Kameel, which had been appointed Purveyor to the Court in 1825, became a favourite place of an inspiringly mixed set of patrons: members of the nobility who welcomed the opportunity to escape from the stiff etiquette without having to get too close to commoners; respectable middle-class citizens; and artists equally respectable if perhaps somewhat less decorous. Georg Ferdinand Waldmüller first reached for a glass of wine and then for his sketchbook in order to accomplish the overdue task of capturing on paper the - long since legendary – hump-backed animal on paper. Friedrich August Kanne, quite a famous man in his days, used to write and compose on the top floor of the building – when he was not downstairs eating and drinking for all he was worth – and one of his most distinguished colleagues, Ludwig van Beethoven, thought little of tightening his belt when he was a guest here or ordered a meal.

In 1901 the house at Bognergasse 5 was rebuilt and the interior of the Schwarze Kameel was redesigned in the style we know it today: exquisite Art Nouveau. This architectural and indeed holistic masterpiece has long since become a Viennese institution, admired and preserved with loving care, yet its culinary inner life is as spirited and lively as ever. Two generations of the Friese family vouch for reliable continuity and irresistible diversity.

Still today, as throughout past centuries, the delicatessen, buffet and restaurant complement each other to an almost dangerously appetising perfection and liquid treasures lie hidden in three ancient cellars, waiting to be discovered and savoured. However it has also been a long tradition of the house to cater for customers at their homes if they so desire.

Whether you plan an opulent buffet or a gathering of close friends - the all too novel concept of "party service” cannot do justice to the individually planned and creatively staged culinary events the Schwarze Kameel is certain to prepare for you. The guests play the most important role in this elaborate mise en scène. Individuals celebrating the good things in life here at the Schwarze Kameel, each in their own way perfecting the sophisticated art of savouring the moment in style.

We opened daily for you:

You have no items in your shopping cart.